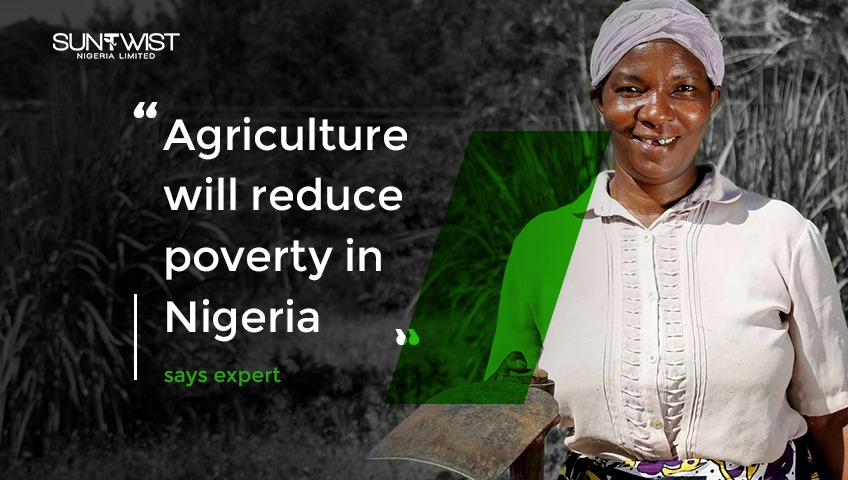 Professor Adeolu Ayanwale of Obafemi Awolowo University (OAU), Ile-Ife, Osun State, has said that agriculture remains a sure way to reduce mass poverty in the country.
While delivering the 327th inaugural l ecture of the university with the theme Produce, Innovate Or Be Poor, the don said that World Bank statistics corroborated his research that for every one per cent growth in agriculture, poverty declines as much as two per cent.

According to the professor of agricultural production economics, if the authorities are serious toimprove the living condition of the populace, government at all levels should show more commitment to encourage small holding farmers to increase productivity.

He canvassed for more efforts towards encouraging agricultural production as a way to lift the nation from poverty.

Since majority of Nigerians live in rural communities and agriculture constitutes the mainstay oftheir economy, increased attention should be given to encourage them to expand their productive capacity to increase their income, he suggested.

Investments in the agriculture sector also contributes to an overall economic growth by increasing efficiency in the marketing chain, reducing the share of poor peoples income spent on food and enabling them to purchase other goods and services.

In other words, agriculture is a very efficient way of reducing poverty as it also contributes to theGDP (Gross Domestic Product) of the economy. One of the key wealth generating aspects of agriculture in Nigeria is the Cashew-Cassava cultivation which adds about 50 billion naira to the economy annually. This makes the Cashew-Cassava cultivation a very essential agro-investment to explore.
For more information, visit: www.suntwist.com.ng. or call +2348102777209
Lets create wealth!!!

FEEL RELIEVED WITH MINT Hey people, it’s wellnesday. Today we would be talking about your health and well-being. Since you already know we care about your well-being, take your time to follow through till the end. There might be something for you. Mint, I’m sure you’ve heard about it either as a sweet, candy, or […]

6 LIVESTOCK FARMING BUSINESS IDEAS THAT WILL CHANGE YOUR LIFE

Livestock Farming Have you been thinking of going into the animal farming business? Do you know the best livestock farming business to venture into?  Then this article is for you, stay calm and read through. Since the days of the old, farm animals or livestock have been a source of income for human beings. This […]

1 thought on “Agriculture will reduce poverty in Nigeria.”